Referring to Hue, people often think of the ancient palaces and temples with vestiges of imperial splendor. Everyone wants to travel to Hue to see the vivid evidence of the last feudal dynasty. Not only that but Hue is also an ideal city with beautiful destinations to take photos. The following sites are a helpful reference for photograph hunters.

Tam Giang lagoon is the largest and most dangerous lagoon in Central Vietnam. The lagoon is located in the east of Hue city near the South China sea. In the past, this lagoon was famous for its dangerous with many groundwater vortexes that can sink the boat of local when passing through.

So, Tam Giang lagoon was just conquered by the local people with rich experience. However, the landscape of Tam Giang lagoon is so beautiful, especially in the afternoon when the sun is going down the sea, the sunlight reflects on the water into the red strips which are like a picture. It is said that this is a nice place to take photographs of the sunset with the scene of fishermen and the red color of the sky in the afternoon. 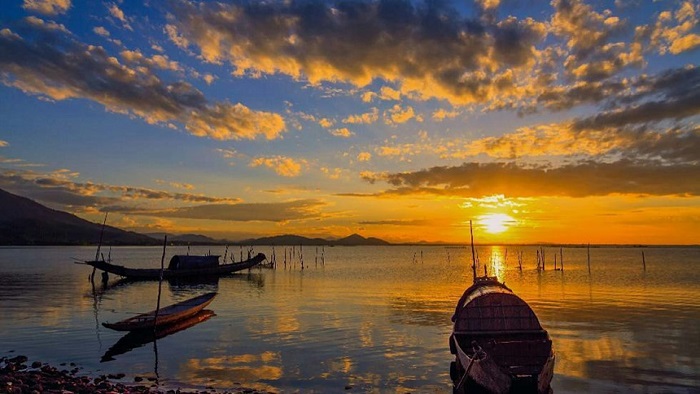 Mentioning Hue tours that people think of Hue Citadel, one of the top tourist sites of the old capital. And it is considered an ideal location for photography. This is where you can find the largest ancient structure in Vietnam. It is an ideal place to dress up the Vietnamese traditional costume - ao dai - and take the great pictures with the background that is where it was the home of Vietnamese Kings in the past. With the ancient and magnificent beauty, Hue citadel is truly where photograph hunters should find out. 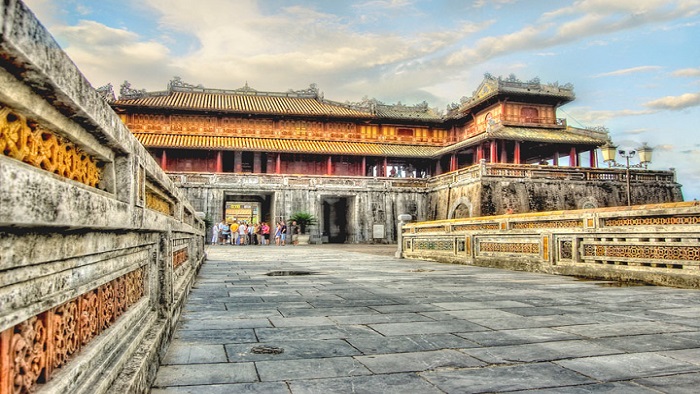 Truong Tien Bridge, a site you do not miss when traveling to Hue. It is sure that the romantic and poetic scene will bring you impressive pictures with the historic bridge of Hue imperial city.

This bridge was built in the beginning years of the 20th century by French with the French architecture, this is the oldest iron bridge in Hue city with nearly 100 years, so Truong Tien bridge is also considered the symbol of the city along with Hue citadel. This is a familiar spot for photographers to take beautiful photos as well as to advertise for a tourism campaign for this city.

Coming to romantic Hue city, the first place is the Perfume River. The lyrical beauty of this river got into tourists' hearts more nostalgia, and the iridescent Truong Tien bridge increasingly makes landscapes more shimmering. Perfume River is 33km long, along the Perfume River anywhere you can save the pictures.

Some of the most beautiful places for taking photo include: 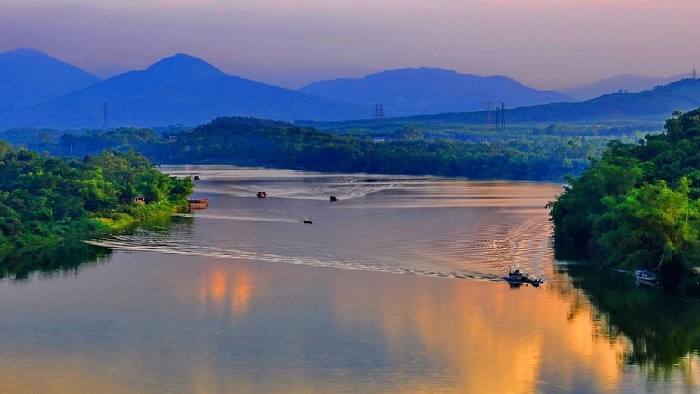 Landscapes along the Perfume river

Thuan An and Lang Co beaches

As one of 20 beautiful scenes in ancient Hue, Thuan An beach with yellow sunshine, blue sea, white sand is a very appropriate place to save the beautiful photos.

If you can capture photos with white sand dunes on Lang co beach, then you take pictures of glittering golden sand dunes. In the evening, the sea surface is dyed a shiny color creating beautiful pictures. 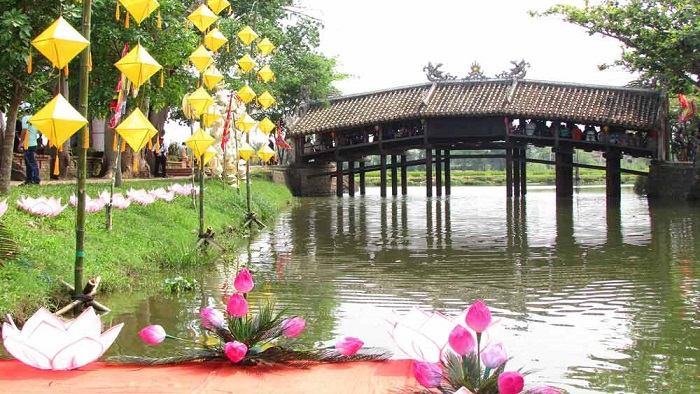 Besides, Thien Mu pagoda is also a beautiful place to show freely your photography skills.

Hue is one of the most beautiful cities in Vietnam tour with the taciturn and ancient beauty. Above is the list of the best places for photo shooting in Hue that you can consider. Hope that after this post, you will have yourself great selfies and photos in Hue. And don't forget to try the best Hue specialties if you have a chance to get here. Share the article with others if you find it useful. Thank you!